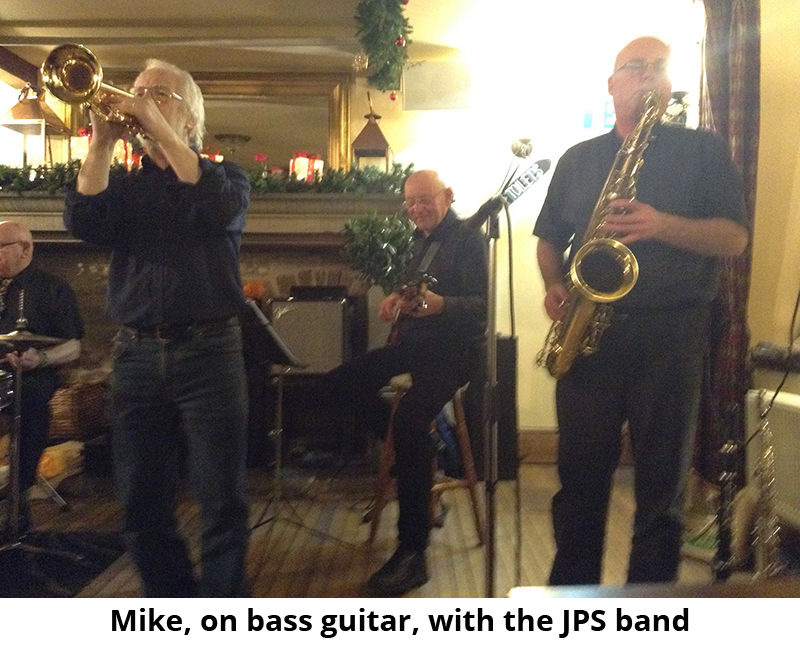 Mike's passion for jazz began during his teenage years. Unlike most of his friends he was listening to the works of Duke Ellington and Count Basie as well as Elvis and Buddy Holly. He spent three exciting years, whilst a student, playing bass in his College band during the 60's.

Though Mike eventually became a songwriter, working in many different musical styles, he maintained his interest in Jazz. In fact he still features on bass with JPS ( jazz preservation society) a very popular band in Sheffield.